The special route that marble takes - from extraction to end product - is surprising and characteristic of today's global economy. The marble starts out as a rough block and ends up as a Hellenistic sculpture or fridge magnet, from Greece to China and back again. In a playful and ironic way, it hints at the dark sides and absurdism of the global economy, neoliberalism and consumerism. 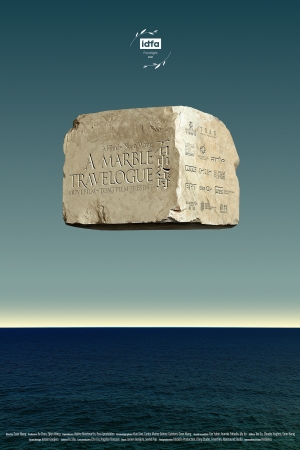 The marble route starts from the Greek quarry, which - like many companies in Greece - is managed by a Chinese businessman. The marble is then shipped to China where Chinese sculptors transform the marble blocks into Greek-style statues and workers in a Chinese factory convert the residual waste into souvenirs such as fridge magnets, which are then shipped back to Greece where, ironically, they are often bought by Chinese tourists. Director Sean Wang beautifully portrays kitschy aberrations - like an Eiffel Tower or European castles in the middle of China - with sharp colours, contrasts and compositions. In terms of content, he makes complex connections between the desire of the Chinese middle class for all things European and the commodification of art made and bought by the Chinese.