Birth, illness and death are universally recognized as inherent parts of life. But does this really have to be the case? Not if it's up to the visionaries in this pragmatic science fiction documentary. They want to take human evolution into their own hands and use transhumanistic technologies to put an end to the limits that nature has always imposed on us as humans. A fascinating glimpse into a possible future where the aspect 'fiction' has disappeared from science fiction. 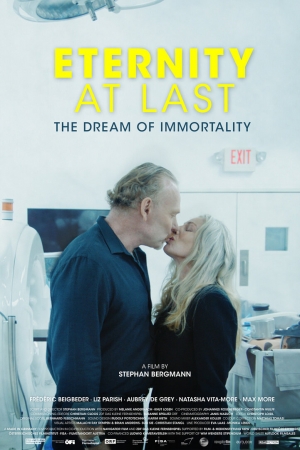 Since the dawn of time, man has dreamed of immortality. New technological and scientific developments may finally bring us closer to that dream. Austrian filmmaker Stephan Bergmann zooms in on scientists who make the dream of immortality seem less impossible. And on the pioneers who put their bodies at the service of the future of humanity: they allow scientists to freeze them, inject altered genes or transform them into cyborgs. But apart from the technical possibilities, the question arises whether all this is desirable? What are the consequences? Science, philosophy and even religion converge in this extraordinary exploration of possible immortality that is far more complex and multifaceted than it appears to be on the surface.

The screening of 25.03 is followed by a Q&A with prof. Wim Van Criekinge UGent.