In a small village in the north of Denmark, a remarkable number of men are married to Thai women. For decades, Sommai, a local matchmaker, has been bringing them over from her former village. This is not the usual story of exploitation by rich Western men. Thanks to Sommai who defends, follows up and coaches 'her' girls, the possible relationship starts out with a balanced and positive approach. A surprisingly empathic film about love, dreams and migration. 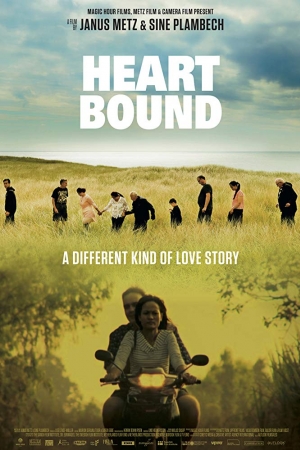 Former prostitute Sommai is married to Niels and has been living with him for years in Danish Jutland. For twenty-five years, she has been setting up women from her home village with lonely Danish men, so that now almost a thousand Thai women live in the Jutland region. Director Janus Metz and anthropologist Sine Plambech follow four of these Thai-Danish couples. The film not only highlights the motivation of Thai women to move - women who often see it as a way out of prostitution - but also raises open questions about love in an arranged marriage: can you learn to love someone? How do you deal with the language barrier? And does the homesickness ever go away? With images spanning ten years, Heartbound is an atmospheric film that sheds a new light on concepts such as love, sex and migration.