Ruth Bader Ginsburg - also known as: Notorious RBG. The nickname of this chief judge to the American Supreme Court. An indomitable woman who, after sixty years of legal battle, is still eager to fight. She fought for women's rights, overcame discrimination and now at age 85 faces her last but toughest fight: Donald Trump. A current report about her personal and professional life. 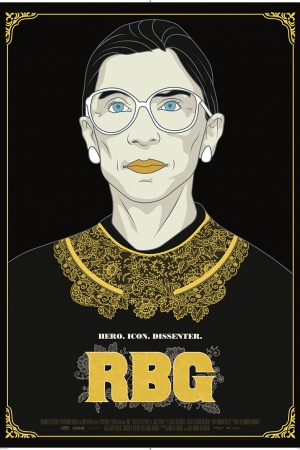 RBG started her career as a groundbreaking lawyer and grew into a silent but tireless force on the US Supreme Court. Her high position had a major impact on fundamental issues, on equality for men and women, abortion, the American constitution, elections ... RBG did not leave a subject unchallenged, just like the documentary. But in addition to her impact on these important themes, the film shows the normally reserved RBG as a warm, humorous woman who is still fit at the age of 84. A surprising portrait of a heroine who refuses to give up her passionate duty. A documentary with a clear message: hope. Quirky, persevering and powerful.