They were very young when they left and they have been on their way for a long time. For three years, several young refugees are followed on their journey through Europe. The teens traverse snowy landscapes and encounter aggressive border police in their path. Filmed as a cynical computer game where you have to avoid obstacles and stay out of the hands of 'the bad guys', this film shows what it means to grow up while you're lost. 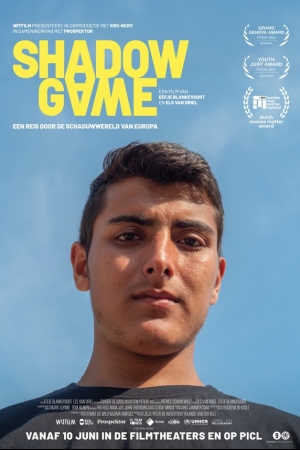 For three years, directors Eefje Blankevoort and Els van Driel followed various young people on their journey through Europe. Their images were supplemented with material that the teens filmed themselves with their telephones, which brings the viewer very close to the flight experience. With fences erected across Europe, seeking asylum has become nearly impossible. Their journey leads them across Europe: from Greece to North Macedonia, Serbia and Bosnia and Herzegovina, from Italy to France and the Netherlands. It has become more difficult than ever to reach their final destination. In this mosaic narrative, the experiences of young refugees are fused into a universal story. Shadow Game won the Golden Calf for Best Feature Documentary.