Fungi have a lot to tell us and it's about time we listened. Various enthusiasts - united by their fascination for fungi - are looking for answers to various contemporary questions. Fungus activists, mushroom seekers and pickers, scientists, cultivators and spiritual seekers talk about the wonderful world of fungi, where not only practical solutions can be found, but also special life lessons. 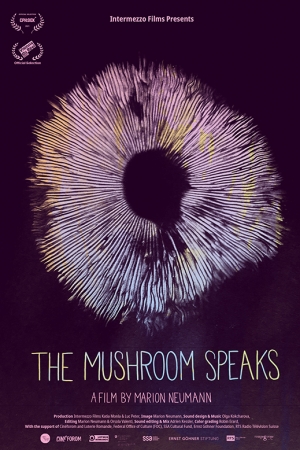 Marion Neumann travels the world speaking with scientists and enthusiasts who are all fascinated by the unknown mycological world. In addition to these special characters, she also lets the fungi speak for themselves through special visual images and Olga Kokcharova's remarkable soundtrack. Fungi clean polluted environments and are the first to regenerate life in nuclear disaster areas for example, they communicate with each other and others and can contribute a lot to the knowledge of the life around them. The Mushroom Speaks leaves no doubt: in a world ravaged by rapid changes, fungi provide an answer. Above all, they invite us to reflect on the role of humans on Earth and offer lessons about connectedness and cooperation between organisms.