Petar is one of the hundreds of thousands of Eastern European truck drivers who cross the European mainland for 48 weeks a year. Life on endless highways and creepy parking lots is monotonous and hard, but it's the only chance to give his son a better future. But the toll that Petar and the others have to pay is high. 'A Parked Life' offers a multicolored view of the European continent, from the simmering deserts of Spain to the frozen north of Norway. 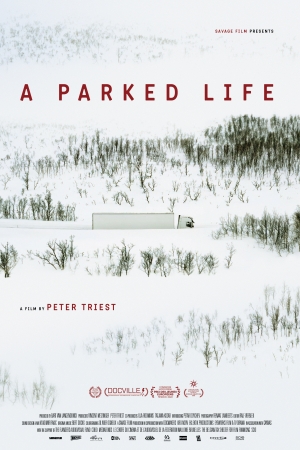 In 2016, writer and director Peter Triest won the prestigious Media Fund Prize at IDFA with a film script about Eastern European truck drivers who are one of the many invisible gears in the European machine. His research brought him to Bulgarian Petar Doychev who lives for months in the cab of his truck. Petar's main motivation is money, to achieve a brighter future for his family. But what Europe gives with one hand, it takes away with the other. He sees his son grow up through the screen of his telephone, his marriage is crumbling before his eyes. Does the highway really lead to a better life? Or is it a dead end? Taking you from the hot Spanish desert to the snow-covered northern Scandinavia, A Parked Life is a delicate observation of a man who, in search of a better life, loses himself.

Is followed by a Q&A with the director and with the protagonist Petar.