In the higher ranks of power within the financial sector, a handful of women circulate. They are admired as much as they are despised. They have worked very hard to get to the top and yet every day they have to fight against prejudice and sexism. Filmed in Europe and Asia, at home, at work and in their free time, these women testify about what has made them successful and how they have had to adapt to survive in one of the most competitive and masculine sectors in the world. 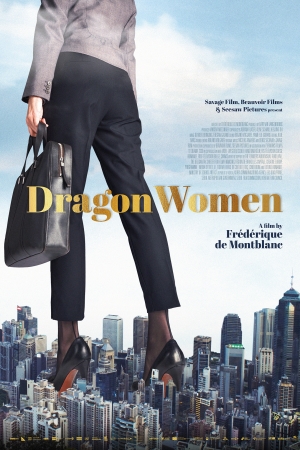 Only a handful of women manage to advance to the higher echelons of the financial world, an extremely masculine and competitive sector. Shot in Europe and Asia, this documentary is a series of intimate portraits of various senior women in the financial sector. Recorded at work, at home and in their spare time, they tell us what has made them successful in the industry. They share how they became addicted to the fast-paced financial culture, the luxuries, the bonuses, the hyper-specialized jargon and the idea of ​​being part of a certain elite. But despite their success, they still face prejudice and sexism every day. While some see themselves as a queen bee, others have become sharks; most of them fear the term ‘dragon women’. In the absence of female examples, many acted like a ‘man’ to stay in the game. Dragon Women offers a candid look at a very closed world in which these exceptional women occupy a unique position.

Is followed by a Q&A with the director an with Laetitia Teuber, one of the 'dragon women'.