Katia and Maurice: two volcanologists, passionate about their science and their love for each other. The mediagenic couple takes huge risks in their quest for more knowledge about volcanic eruptions while providing hundreds of hours of breathtaking footage. Director Sara Dosa restored the images recorded on the pellicle to their original unearthly beauty. 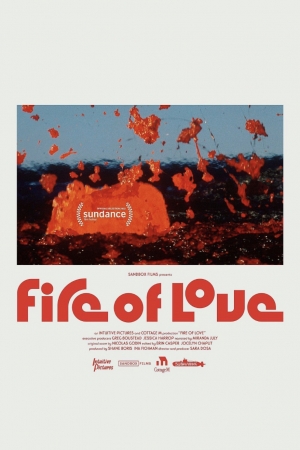 French couple Katia and Maurice Krafft devoted the last 25 years of their lives to their fiery obsession with volcanoes. Together they traveled the world to get as close as possible to active volcanoes, with their being curiosity far greater than any fear of danger. Their beautiful images not only show spectacular volcanic eruptions that they experienced from up close, but also their playful relationship. From the start, however, an impending fatalism hangs in the air like a cloud of smoke. Through a mix of ominous tension and a visual spectacle of explosions and swirling lava, director Sara Dosa brings a moving story of love for each other and for a shared passion.