In the shadow of the Icelandic volcano Katla lies the village of Vík í Myrdal. The villagers have been trying to understand the lurking danger for centuries. Despite signs of increased activity, Katla attracts tourists from all over the world and has become a source of income. This change in the almost mystical relationship between the villagers and the volcano creates friction within the community. 'Heimaland' delves into the ambiguity of a community that, in its quest for wealth, becomes alienated from its own environment. 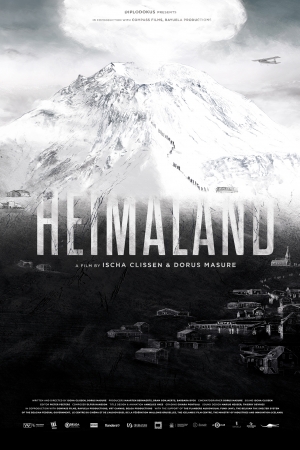 For centuries, the villagers of the Icelandic hamlet of Vík í Myrdal have had a mystical relationship with Katla, the volcano that towers high above them. Their eyes have been stubbornly on her for centuries, trying to fathom the lurking danger. The volcano, covered by a huge glacier, does not give up its secrets easily. In recent years, however, she has shown signs of increased activity, which has caused some nervousness. Others see it as an asset for the growing tourism, which is an increasing source of income for the village. Throughout history, the presence of the fire-breathing mountain has played a changing role in the daily lives of the nearby villagers, who have to live with its presence. This shift from mythical site to tourist attraction is illustrated in the documentary by three protagonists, who all represent a different generation with a very different view of the natural forces that surround them.