How to Kill a CloudTuija Halttunen

Manipulating the clouds so that it will rain where it is needed. A Finnish specialist in geo-engineering enthusiastically joins a very expensive scientific project in the United Arab Emirates, where she is an outsider as the only woman. Gradually, she begins to question the real purpose behind the scientific research. Is it about increasing water security in a drought-stricken country? Or about creating new military applications? 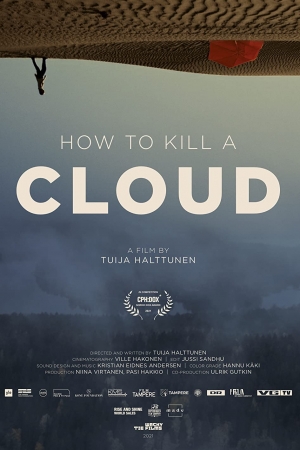 Experiments with the 'sowing and reaping of clouds' have been going on for some time. Already in the Vietnam War, the US used a technique to make clouds rain for military purposes. In 1978, a treaty prohibited environmental modification techniques for military or other hostile use. This seemed to solve the matter and scientists could develop the geo-engineering without any worries. Finnish scientist, Hannele Korhonen, travels to the United Arab Emirates (UAE) to work with scientists from nine other countries on a special project with a research grant of one and a half million dollars. Filmmaker Tuija Halttunen follows her life and research in the UAE, including when Korhonen begins to doubt the true purpose of the project. After all, the UAE never signed the treaty. She faces an ethical dilemma. Should she focus on the science itself? Or should she take into account the potentially problematic implications of her research for international politics and the environment?

Is followed by an aftertalk with Samuel Helsen, weatherman.