All over the world, ambitious young football players train for one goal: to win a medal at the Norway Cup, the largest international sports tournament for children. From China to Brazil, from Palestine to Tanzania: for the young people who come to Oslo, the tournament is much more than a sporting experience. It's not just about winning, it's about letting go of the known and discovering a new world. Dive into the overwhelming teenage world with this feel-good coming-of-age film. 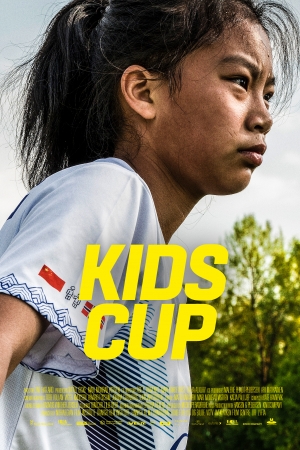 Director Line Hatland follows Afnan from Palestine, Khalidi from Tanzania/USA, Yu from China, Fred from Brazil, and Anna from Norway from their last training at home to the soccer fields in Oslo. There are conversations with trainers, unfair referees, missed penalties and spotlight moments during matches. They all long for the top prize, but the journey isn't all about winning or losing. The young players also face many challenges off the field: their own social and cultural baggage, concerns for their family or the situation at home, rollercoasters from joy to disappointment, and homesickness. But luckily there is also friendship, fun fairs and girls to flirt with.