Kenny G is the best-selling instrumentalist of all time and one of the best known, but also most hated. Fantastic music for some, kitschy muzak for others. In what is more than a simple biography, Penny Lane creates not only the life story of the popular saxophonist, but also a - sometimes delightfully ironic - essay on the difference between high and low art, good or bad taste, genres and popularity, marketing and music criticism. 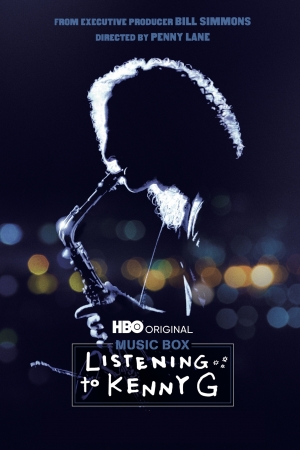 Kenny G is the best-selling instrumentalist of all time and one of the best-known, but also most polarizing saxophonists. He became wildly popular with his international hit “Songbird”, created the genre of smooth jazz and set a world record by playing a note for 45 minutes. However, opinions about him vary widely. Haters accuse him of artistic laziness, being a show-off, shameless cultural appropriation, ignorance and a lack of 'soul' in his music. Director Penny Lane gives the floor to fans and opponents, academics and critics, record executives and radio makers, but especially Kenny G himself. Determined to give "the best interview ever", he inadvertently reinforces the reasons why so many people can't stand his music.

Due to a rights holder issue, the screenings of Listerning to Kenny G are free!You do need a ticket beforehand though (max. 2 per email address)

The screening on 24.03 is followed by a Q&A with Jeroen D'hoe, professor popmusic (KU Leuven).