16-year-old Brandon Lee seems like a model student: good grades, nice to everyone and a real star on the school stage. Only he's not who he claims to be. How far would you go for a second chance to make your dream come true? Who is Brandon Lee really? And why did he pretend to be someone else? A very creative, largely animated documentary, that once again proves that reality can sometimes be stranger than fiction. 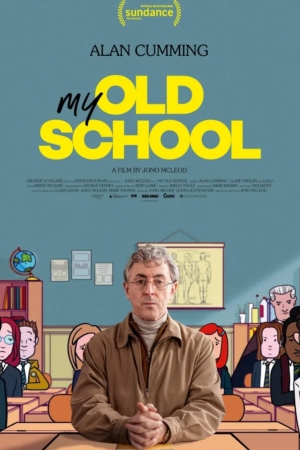 In 1993, after the tragic death of his mother, an opera singer in Canada, Brandon moves to Glasgow, Scotland to live with his grandmother. Despite making a somewhat strange first impression in his new high school, he slowly but surely gets a reputation among his classmates and teachers. His environment sees him as an extremely intelligent teenager who dreams of becoming a doctor, a popular boy who looks after bullied classmates, and the star of the school theater. But when he goes to university, the truth comes out. Now, Brandon finally wanted to share his unusual, yet true story, on the condition that he remained off camera. Director Jono McLeod came up with a creative solution: the voice of actor/director Alan Cummings, animation in appropriate '90s style, unique visuals, and testimonials from amused classmates and teachers. With this entertaining documentary, almost 30 years after the facts, Mcleod looks back - without rancor - at special memories and all the missed hints to the big lie of Brandon.