On August 20, 2020, Russian opposition leader Alexei Navalny was poisoned with Novichok, a nerve agent developed by the Soviet Union, during a flight to Moscow. He survives thanks to an emergency landing and his evacuation to a hospital in Berlin. In this compelling portrait that feels like a suspenseful spy thriller, he searches for evidence against President Vladimir Putin and the Kremlin that continues to deny any involvement. 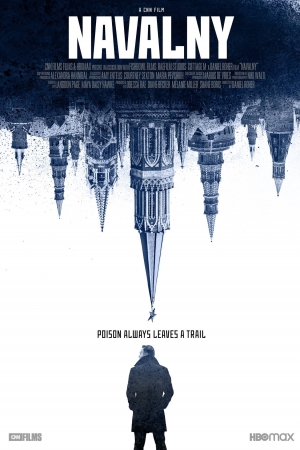 Grozev is a researcher at the Bellingcat journalistic network that investigates human rights violations, war zones and the criminal underworld. While investigating Navalny's poisoning, he finds disturbing information. He visits Navalny during his slow recovery in Germany to share his findings. Director Daniel Roher comes along to film everything. Together they continue the investigation. In an exceptional scene, Navalny, disguised as a leader of the Russian security service, manages to extract a confession during a phone call. Personal interviews with Navalny, his wife, his daughter, his closest team members and Grozev, combined with behind-the-scenes footage of the investigation, provide insight into an extraordinary situation. On his return to Russia in January 2021, Navalny is arrested and convicted. His anti-corruption organization is dismantled and many members are forced to flee the country. For security reasons, the production of this documentary film was kept strictly secret until the last minute announcement of its premiere at the renowned Sundance film festival.