Oliver Sacks - His Own LifeRic Burns

The endearing, unconventional and brilliant scientist Oliver Sacks is known to the general public for the film adaptation of one of his most famous books, 'Awakenings'. The man who spoke so captivatingly about his patients told his own story for the first time at the age of 81, six months before he died. He was an outsider in his field, but also in his life he colored outside the lines. A moving and very fascinating portrait of and about the world's most famous neurologist’s adventurous life. 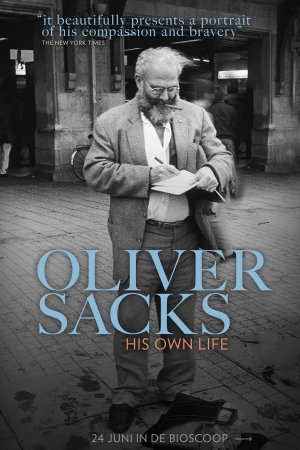 Neuroscientist Oliver Sacks became known thanks to his books, in which he described neurological diseases in a graphic and partly humorous way. 'The man who mistook his wife for a hat' from 1985 is one of his best-known works, but the general public got to know him when 'Awakenings' came out, the film adaptation of his book of the same name. That anything came of him at all turns out to be no less than a miracle. This wise, cheerful doctor was, as his colleague succinctly puts it, 'a supreme fuck-up' for a large part of his life. An outsider, who, struggling with his sexuality and his exuberant, often extreme behavior, seems to have lived several lives. His life story is at least as incongruous and insane as the extraordinary medical histories of his patients for which he became so famous. At the age of 81, six months before his death, he tells his miraculous life story one last time. About a luminous man, with a mind like an expanding universe, for whom nothing or no one was too strange, and who welcomes his approaching death as a new adventure. A touching story about a tender and unique man.