2016. The so-called 'Balkan route' is closed. Austria is very concerned about a potential refugee flow that would enter the country illegally via the Brenner Pass. The solution? A 370-meter long fence. But soon it turns out that that is not the ideal solution. Old-timer Geyrhalter succeeds better than anyone else at capturing an observing, beautifully portrayed and at times hilarious portrait. 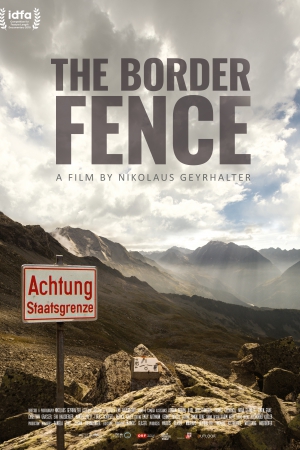 Nikolaus Geyrhalter is no stranger to DOCVILLE. The prize-winning director succeeds time and time again in taking a pretty well-known fact and approaching it in a way that is unique and gives the viewer new perspectives, both literally and figuratively. After our food production (Our Daily Bread), our nightlife (Abendland) and our buildings (Homo Sapiens), Geyrhalter focuses on a very public theme: the walls that are erected at national borders to keep out refugees. The area around the Brenner Pass - the border area between Austria and Italy - suddenly became the stage for a changing policy in 2016. 370 meters of wire fence would have to keep migrants from entering Austria. But the inhabitants of this area are as afraid of the fence as they are of the direction in which their country is evolving. With patience and precision, Geyrhalter manages to capture the landscape and its inhabitants in long high-definition shots. He interviews local people about the fence, refugees and politics. The diversity of voices give color to the film. Harsh and human at the same time. A documentary with an important message that brings out many new perspectives.