More than $500 million will eventually be paid for the Salvator Mundi, which is said to have first surfaced as a battered portrait of Christ at an auction in New Orleans. But is the most expensive painting of all time really a Leonardo da Vinci or is that what wealthy buyers and powerful art institutions want to believe? Outrageous prices, uncertainty about authenticity and finally a new disappearance add to the tension in this contemporary mystery. 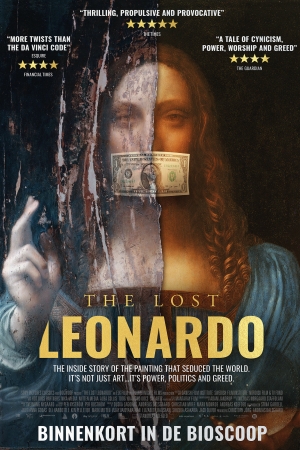 When this work of art first appears in an auction in New Orleans where it is sold at a - in retrospect - low price, the buyers quickly suspect a higher value and have it restored by Dianne Modestini. Years later, the National Gallery in London suddenly reveals the discovery of Leonardo da Vinci's long-lost masterpiece. The painting gets entangled in a whirlwind of interests. As the price skyrockets, skeptical questions about the authenticity also increase. Art critics, connoisseurs and art dealers dispute the verdict. Modestini is accused of forgery. An investigation by the Louvre helps her defend the legitimacy of her claim. Danish filmmaker Andreas Koefoed lets many voices be heard, sometimes driven by passion, often mainly by power and money.

The screening on 31.03 is part of the Closing Night, and is preceded by the award ceremony and followed by a Q&A with the director.