Four young American Mormons travel to Finland to convert people. It’s hard to imagine a greater contrast than the one between the young missionaries and the Finns, perhaps the most irreligious, reserved and skeptical people in Europe. This intriguing and at times amusing portrait takes an unexpectedly respectful look at a group of young people from a religious community that is all too often depicted as closed, strange and full of rules and taboos. 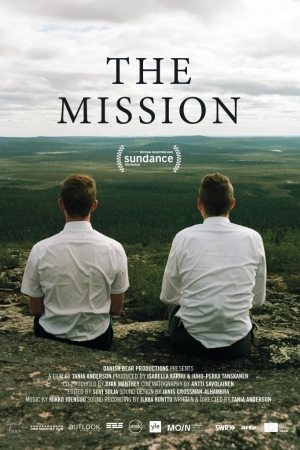 Every year, some 60,000 young missionaries of the Church of Jesus Christ of Latter-day Saints—known as Mormons—travel far from home to spread their faith. It is considered a privilege and a voluntary rite of passage. With her film debut, Tania Anderson offers a glimpse into the mission of four American Mormons. With wide eyes and full of well-meaning conviction, the teens leave the sheltered life in their community. After nine weeks in the missionary training center they arrive in Finland. The Mormon youths are anything but experienced professionals, and their awkward interactions with aloof Finns lead to comical situations. Moreover, they have to deal with homesickness, daily rejection, cultural differences and language barriers. But their unbreakable kindness makes it easy to hope for their success.