Two ordinary Danish men manage to infiltrate North Korea's illegal international trade network, something even the CIA has not yet managed to do. In this real life spy thriller, DOCVILLE familiar Mads Brügger follows a special duo on their ten year long undercover mission: a former chef and a convicted businessman expose an international network that produces and trades weapons and drugs for North Korea. 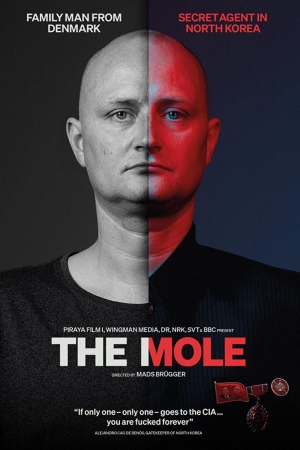 Mads Brügger knows better than anyone else how to make research documentaries that are not only original and exciting, but also socially relevant. In 2012, he won the Science and Conscience Prize at DOCVILLE for The Ambassador, in 2019 he opened the festival with Cold Case Hammarskjöld. He started his career in 2009 with the comedy documentary The Red Chapel in which he travels to North Korea with a small theater company under the guise of a cultural exchange. This film became the reason for retired chef Larsen to contact Brügger for a new mission after his early retirement. Their ten year project saw Larsen infiltrate the Korean Friendship Association (KFA) along with an accomplice, Scandinavian businessman, ex-legionary, and convicted drug dealer Jim Latrache-Qvortrup, AKA “Mr. James”. The duo becomes involved in an international criminal network that produces and trades weapons and drugs for North Korea. This unlikely story, told through unseen hidden camera footage, reveals a system of illegal trade, global corruption and the evasion of UN sanctions.