In the summer of 2018, twelve young Thai football players and their coach get trapped in a flooded cave. A rescue mission is set up, but it turns out to be an almost impossible task. The Thai army therefore enlists the help of some British cave divers. With unprecedented access and never-before-seen footage, the creators of Free Solo tell a story of determination and unprecedented teamwork. A blood-curdling thriller that deserves to be seen on a big screen in a dark movie theater. 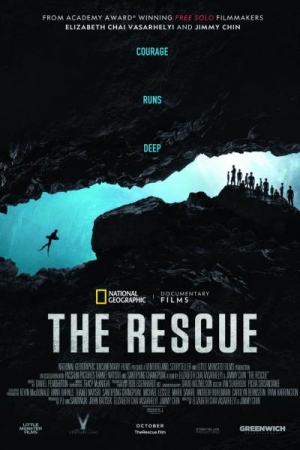 From the directors of Free Solo comes this nail-biting account of the spectacular rescue of twelve young Thai soccer players and their coach from a flooded cave in the summer of 2018. What started as a trip after soccer practice turned into a nightmare that captivated the world for days. Directors Chai Vasarhelyi and Jimmy Chin shed light on the risky business of cave diving, the extraordinary courage of the rescue team and the unbridled commitment of the entire community to save the lives of these boys. With unprecedented access and never-before-seen footage, the film tells a story of imagination, determination and unprecedented teamwork during this heroic, cutting-edge mission with a life-or-death stake.