Deep in the Amazon jungle, Henrik, a former Danish soldier, tries to find relief from his post-traumatic stress disorder. After being let down by the classical treatments, he has withdrawn to the jungle all by himself. Far from everything and with the help of medicinal plants, this scarred soul battles against his demons, surrounded by both the tranquility and the madness of the jungle. 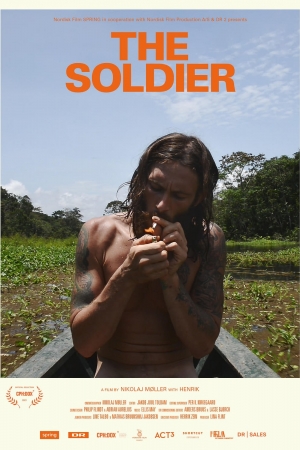 Henrik was sent on two missions to Afghanistan. When he returns from his second mission, things are not well. He is diagnosed with post-traumatic stress disorder (PTSD) and various treatments are initiated. When Henrik sees no improvement, he takes matters into his own hands and makes a radical choice: he heads to the jungle, deep in the Amazon forest. Far away from the hustle and bustle of society, he hopes to find peace and tranquility. He also takes refuge in medicinal plants from the forest and uses, among other things, Ayahuasca, an extremely hallucinogenic drink, in the hope that it will relieve him of his PTSD. But the jungle does not offer the redemption Henrik had hoped for. In his directorial debut, renowned photographer Nikolaj Møller follows Henrik in the jungle for three years as he attempts to heal himself. The film is observational, without judgment or a voice-over, and places the viewer directly next to Henrik. An extraordinary close-up of a wounded soul trying to heal his wounds and soften his scars.