Two local men - one strong and the other smart - play sheriff in a small village in southern Ukraine. They could have walked straight out of a Coen brothers film. A funny and ultimately enlightening film about a small world and a major conflict. 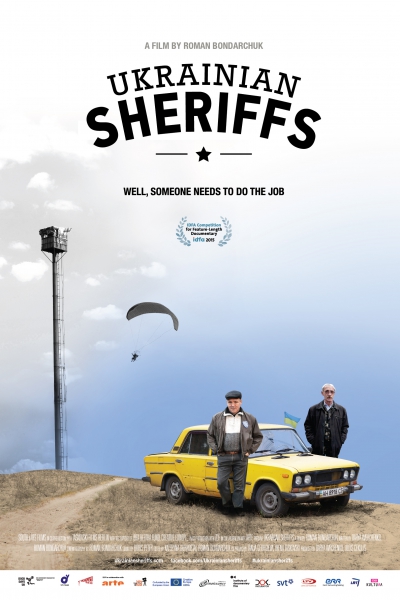 In a small village in southern Ukraine two men drive around in a bright yellow, decrepit Lada. They have been appointed by the mayor as "sheriffs" because the nearest real police station is too far away. In this region where everything exudes a bygone Soviet atmosphere, they drive from incident to incident; the theft of some ducks, broken down cars, angry neighbors, the local drunkard who eats his neighbor’s dogs, and even the discovery of a corpse.

With an eye for the fabulous absurdity of certain situations director Bondachuk captures the striking sheriff duo. Volodya is the youngest of the two, a former bouncer who looks tough, but is actually quite gentle and accommodating. His companion is a typical retired policeman - including the obligatory mustache and dark sunglasses - who is much quicker to lose his temper. Their everyday routine continues, even when the development of the Ukrainian-Russian conflict reaches the village through TV footage.

Even though they live far from the front line, the residents slowly but surely become involved in the contradictions of the war. What starts out as a savory, tragicomic portrait of a duo in a world of colorful characters, gradually offers an insightful look at the broad spectrum of the consequences of national conflicts. Gentle and bitter at the same time. "Ukrainian Sheriffs” won the Special Jury Award at the International Documentary Festival of Amsterdam.