Where Are We Headed?Ruslan Fedotov

A special road movie shot entirely in the Moscow metro and filmed over an entire year. A documentary film that observes cultural and social issues in contemporary Russia in an original way. The often richly decorated metro stations are the perfect backdrop for the theater of everyday life, with the most diverse characters and its big and small dramas. 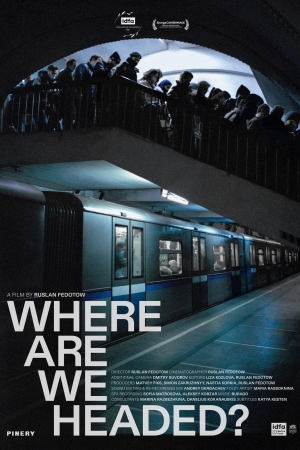 As in any big city, the underground halls of the Moscow metro are a world unto themselves, a no-man's-land without daylight in which everyone is on the move. A musician dressed as Santa Claus talks to a passenger about Dostoevsky, the universe and the Russian soul; revelers sing loudly, a salesman tries in vain to sell his balloons. The sounds of the arriving and departing trains form the background of a continuous tragicomic performance, with colorful metro passengers as miniatures of society. Where We Headed won the Best Debut Award at IDFA.

Outside the Dox is home to a wide array of documentaries that deviate from the classic approach. Colorful films that experiment with form or content, broadening and enriching the genre. There are non-narrative films that immerse viewers in a special universe, be it a cowshed or a Russian subway. There are also very creative films that make you think about bigger issues like capitalism in China or the alarming militarization of the US security forces.