To preserve the protected status of a piece of rainforest, it must be proven that it is still inhabited by the Indian tribe Piripkura. Currently, only two members of the tribe live there, in a nomadic way. Their main possession is a torch lit in 1998 that has remained lit ever since. Then the flame goes out ... 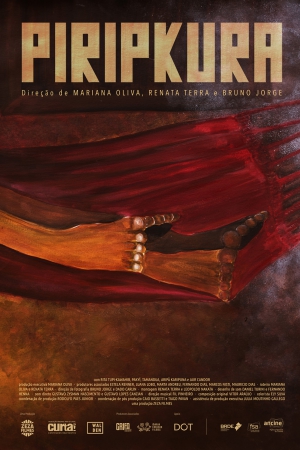 Pakyî and Tamandua are the only two remaining members of the Piripkura, who still live in the rainforest in a nomadic way. Their area is increasingly surrounded by sawmills and farms, that want to expand further. In order to maintain the protected status of their piece of rainforest, it must be proven that the two Indians are still alive. That is why Jair Candor heads into the jungle every so many years, looking for the two men. His film crew tries to prove their existence by making this film.

That the Amazon region is beautiful to shoot has of course been known for some time. But Piripkura also shows the tragedy of the indigenous peoples and the systematic violence against them. The threat is constantly present in the background. Despite the admirable resilience and intransigence of the last Piripkura, the inevitable question lingers in the air: how much longer? The torch Tamandua carries with him gradually becomes a metaphor for the extinction of that same culture, and the role the civilized world with all its technology plays in both its decline and continued existence. Piripkura won the Human Rights Award at IDFA.