Monnikenheide is an organization that has been offering help and shelter to people with intellectual disabilities for over 45 years. During one year, documentary maker Klara Van Es followed six of the residents. A subdued, deeply human portrait in beautiful black and white. 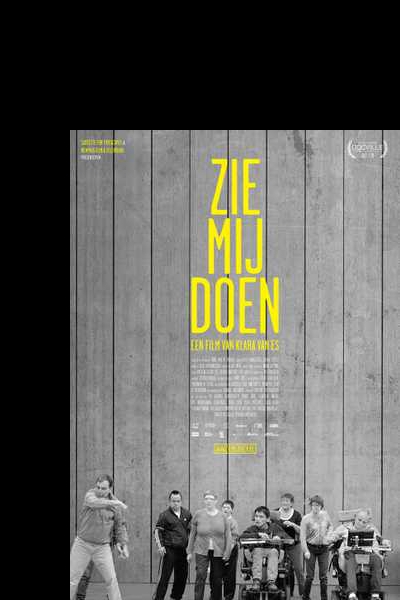 Sadly, people with an intellectual disability are still given pitying looks when they walk around town. And don’t think, as resident Jessica shares in this film, that they are not painfully aware of that fact. The documentary and its main characters want to offer something different by explicitly addressing the stares: "Watch me." Klara Van Es already made the very moving Lost in the Memory Palace, in which she followed people with Alzheimer's. Rather than trying to copy that success, she wants to use this new project to comment on how society looks at people with intellectual disabilities, and the consequences this has on their lives. She did not start this project on a whim. First, she volunteered for years at Monnikenheide before she involved the camera crew. The personal bond that she built up with the residents during that time - just like the characters - radiates from the screen.